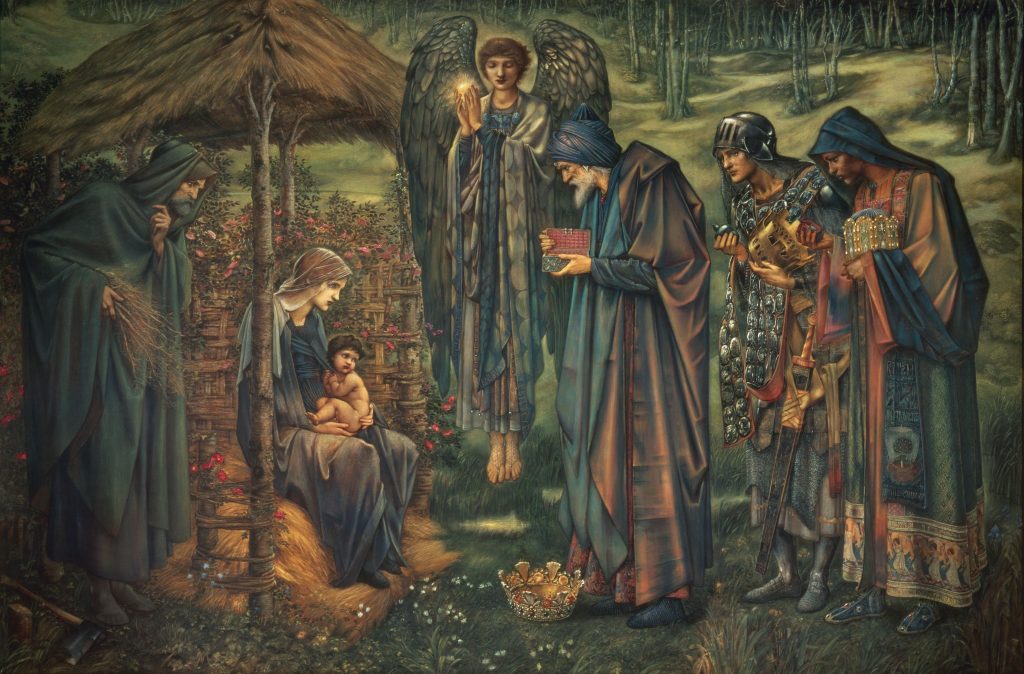 Have you ever noticed we don’t know much about Joseph, the man God chose to be the earthly father of our Lord? The opening two chapters of Matthew’s gospel is the only place in Scripture where we read anything about him personally, without also reading about Mary. So, when I read these chapters during Advent, I want to give the account of the man to whom God entrusted his son more than just a passing glance. I want to pay careful attention. It turns out Joseph has much to teach us about trusting God when the plan doesn’t make sense.

The first chapter of Matthew’s gospel opens with the genealogy of Jesus, through Joseph’s lineage, and then immediately recounts how Joseph learns of Mary’s pregnancy and chooses to divorce her secretly. We also learn that Joseph is a “righteous man” who had “considered” his options thoughtfully and carefully before making this decision. Joseph’s plan for his forthcoming marriage to Mary no longer seems to make sense.

Until we read about Joseph’s first angelic visitation in a midnight dream.

If you already know Luke’s narrative, this scene in Matthew seems to open like a Hollywood film where we know the truth of Mary’s story, but Joseph doesn’t, and all we can think is, “Why couldn’t they just have been told together about Jesus’ birth? It would have so much simpler—for Mary and for Joseph! Or at least, why couldn’t they have been told just a few hours or a day or two apart, so they wouldn’t have worried so much about what to do?”

Why does life have to be so hard?

From Luke’s account, it’s likely that Mary was gone for three full months at her cousin Elizabeth’s home before telling Joseph. Matthew’s account says “when he had considered this,” meaning some time has passed between when Joseph learns of Mary’s pregnancy and when he decides to divorce her. Joseph was a thoughtful man. He considered carefully what to do because he wanted to protect Mary and not subject her to the punishments associated with adultery.

Couldn’t things have been a little easier for them? Why did they have to learn about Jesus’ birth separately from one another? Why did it have to be so hard?

I think there was something necessary in the development of their own faith relationship with God. Mary will have a long, hard road ahead of her. She needs a faith that is unwavering. In the moment of the angel’s visitation to Mary, she says yes and obeys without hesitation. She will draw on this faith for the rest of her life.

Joseph had his doubts when Mary first told him; but when the angel came to him in the quiet of night, his doubts were dispelled, and he quickly obeyed. Joseph had to be schooled in the art of listening for God in the midnight hours, recognizing his voice, and then obeying without wavering.

Mary and Joseph—and we ourselves—are called to an even greater faith when we find ourselves alone with God listening for his voice.

Nurturing our own personal relationship with Jesus

Scripture, and especially the Advent story, resounds with the importance of worshipping and sharing life within a believing community. Zacharias received his angelic visitation while the people of faith gathered outside the temple, praying on his behalf. Elizabeth and Zacharias waited together in stunned silence and isolation as they awaited John’s birth. Mary and Elizabeth sojourned through their miraculous pregnancies together. Mary and Joseph took their first worshipful glimpses of Jesus together. The shepherds came in community, as did the Wise Men. Even Anna and Simeon worshipped the long-expected King together.

But first, they each had to have a personal encounter with God.

Our personal relationship with Jesus is of utmost importance. We can worship him as a couple, as a family, as a church community, and as the broader body of Christ—but we all have to set aside personal time to grow with Jesus one-on-one. That’s where we get the depth of faith that will sustain us in the hardest times when we can’t understand where God is leading us, or why.

The question we’re all invited to ask at Advent is—who is this Jesus, for me?

Quieting down to listen up

If we want to hear from God, we need to get quiet. Joseph had to learn to listen for God in the stillness of night. This is just the first of four midnight dreams where God comes down to speak to Joseph. In the other dreams, all found in Matthew chapter 2, Joseph is told to: take his family and flee to Egypt (2:13), return to Israel (2:20), and settle in Galilee (2:22). During these midnight visitations, Joseph experiences Immanuel, the God who is with us. In each of these four appearances, God gives him a specific word of guidance, and all four times, Joseph obeys without wavering.

Joseph has learned to recognize the Lord’s voice calling to him.

You might say, “Yeah, well he did have an angel visit him! That’s pretty clear guidance!” But, unlike Mary, who has a visitation during the day, Joseph’s angelic visitation occurs in the middle of the night, while he was sleeping. He had to listen, recognize it was God’s voice, and then upon waking, not slough it off but actually respond in faith and obedience.

In this Advent season, as we watch and wait for God, how are you listening for God? How does he normally speak to you? In a still small voice? Through Scripture? In images or dreams? Are you getting quiet enough—especially in the busyness of life and Advent—to recognize and really listen for God’s voice? Joseph learned to listen for God.

Trusting God when we don’t understand the plan

This Advent story reminds us that God’s plans don’t always make sense to us, but his plans are always good. If we want to yield to God and be open to the mysterious ways he works in our lives, then we must accept that we don’t have access to the blueprints or the reigns of control. We have to let go of our need to understand everything as well as our desire to control the details of all God asks of us.

After these challenging past few years, we too may ask the question—Couldn’t life be a little easier? Why does it have to be so hard? Advent invites us to embrace the mystery of faith; a faith that boldly believes God is always working all things for our good. When we truly believe that, when we know God intimately and personally, and when we spend time listening for his voice, we can let go, and trust.

What situation are you trying to control this Advent season? What situation do you wish were a little easier and wonder why God has allowed it to be so hard? Will you embrace the mystery of a God who is always working out the great plan he has for your life, even if it doesn’t seem to make sense yet?