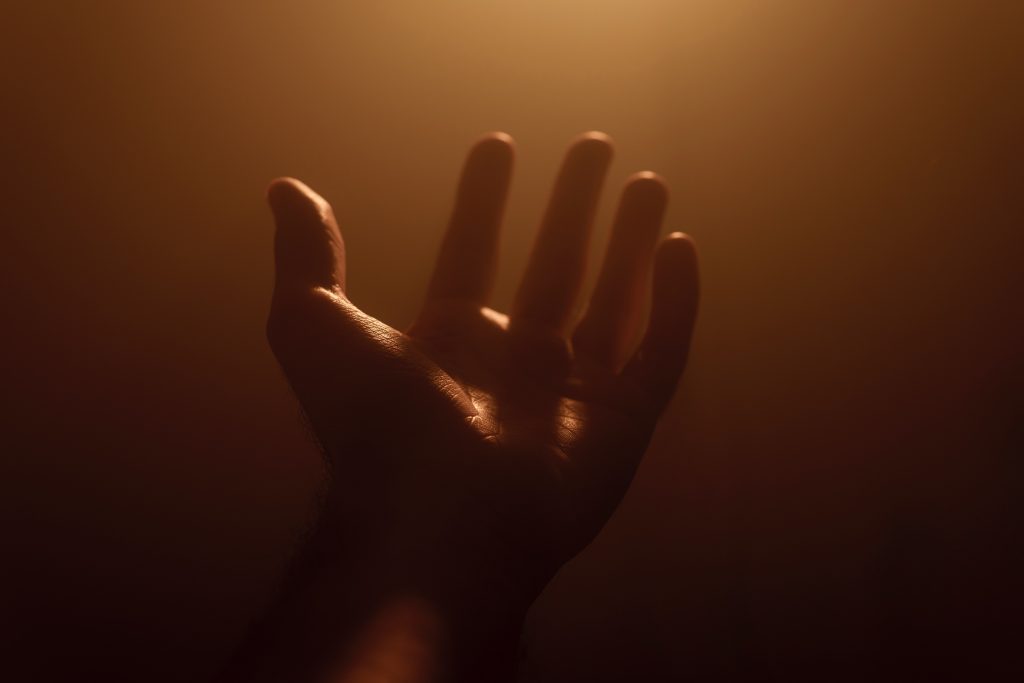 What does it mean to believe in Jesus? Is it enough simply to believe the claims Jesus made about himself, or is there something more to it? Often, without even being aware of it, we pick what we will choose to accept and what we’ll reject about Jesus’ claims and teachings. And we wonder why transformation eludes us. What might happen if we fully embraced everything Jesus said and did that demonstrates how God feels about us?

It would change everything.

When Jesus first appeared to the disciples after his resurrection, we read in John 20 that Thomas was nowhere to be found. Where was he? Why was he the only one missing? Undoubtedly, Thomas was too afraid to be associated with Jesus’ former disciples so soon after the crucifixion. You can’t blame him, really. Everyone was afraid. The other disciples who did gather together locked the doors for fear of repercussions against them. Though Thomas had been a faithful follower of Jesus, he clearly didn’t believe Mary Magdalene’s report that Jesus was alive.

Nor did he recognize that Jesus’ resurrection had the power to change everything.

Even when the other ten disciples told Thomas they too had seen the Lord and had gazed on the scars left by the nails and spear, Thomas was unmoved. With defiance brimming from his lips, Thomas issues his ultimatum— “Unless I see the nail marks in his hands and put my finger where the nails were, and put my hand into his side, I will not believe.

“Unless I know…I will not believe.” We walk on dangerous ground when we begin issuing God ultimatums.

The sin of unbelief

Years ago, I attended a conference where Beth Moore was the keynote speaker. She said something so provocative I still haven’t forgotten it, even though it was close to two decades ago. She said she thought the greatest sin affecting Christians today is the sin of unbelief. Unbelief? Among believers? It sounded like an oxymoron until she began to unpack what she really meant.

How often do we come to God believing for our salvation yet not truly believing who he says he is? He says he is our peace. When we’re feeling anxious, do we believe him to be our Prince of Peace or do we just carry on worrying? Does his shalom still the chaos for us? We take Jesus at his word when we believe his resurrection power can shift the atmosphere around us.

When we read in Scripture that God is for us and has plans to prosper us, or that he loves us with an unfailing love, how do we respond? Do we take him at his Word, or do we snicker, believing those words to be written for everyone but us?

How casually we pick and choose what we’ll believe for ourselves and what sounds simply too good to be true. Cherry-picking God’s words to create our own version of truth is dangerous business and usually results in a watered-down gospel.

Believing the full gospel of Jesus

Thomas insisted on seeing and touching before he would believe. We strip away the essence of belief when we make it contingent on knowledge rather than faith.

Thomas almost missed it all. Some mysteries can only be understood by faith. Jesus’ resurrection was far more than his mind could grasp. And so, he chose to disbelieve it. Like Thomas, we all get to choose what we’ll believe.

What aspects of God’s revealed character are you choosing to believe and what are you choosing to disbelieve, perhaps because it sounds too good to apply to you? Is there a sin from your past that feels too big for God to forgive? Do you fully believe that God loves you unconditionally and wholeheartedly, irrespective of your giftedness or actions? Can you declare that you are the Lord’s Beloved without experiencing a hidden sense of disbelief?

Perhaps, like Thomas, you have your own spoken or unspoken list of ultimatums you’ve issued God. Things that would have to happen before you believe what he says about himself or you.

Jesus came to Thomas and met him right where he was. By his grace, Jesus will come to you too, if you’ll invite him. Will you lay down your ultimatums and gaze on him now, looking at his scarred hands and side, wounded for you? Let’s invite Jesus to come and be present with us now to ignite our full belief in him.